The structure of this post was influenced by the sixth chapter of An Introduction to Statistical Learning: with Applications in R by Gareth James, Daniela Witten, Trevor Hastie, and Robert Tibshirani.

The underlying idea behind PCR is that often a small number of principal components can sufficiently explain most of the variability in the data, as well as the predictor’s relationship with the response. Thus, we assume that the directions in which $X_1, \ldots, X_p$ show the most variation are the directions that are associated with $Y$. This assumption is often not guaranteed, but does turn out to be a reasonable enough approximation and provide good results. If the assumption does hold, then fitting a least squares model to $Z_1, \ldots, Z_M$ will lead to better results that fitting a least squares model to $X_1, \ldots, X_p$, and we will also be able to mitigate overfitting. As with PCA, it is recommended to standardize each predictor before performing PCR. 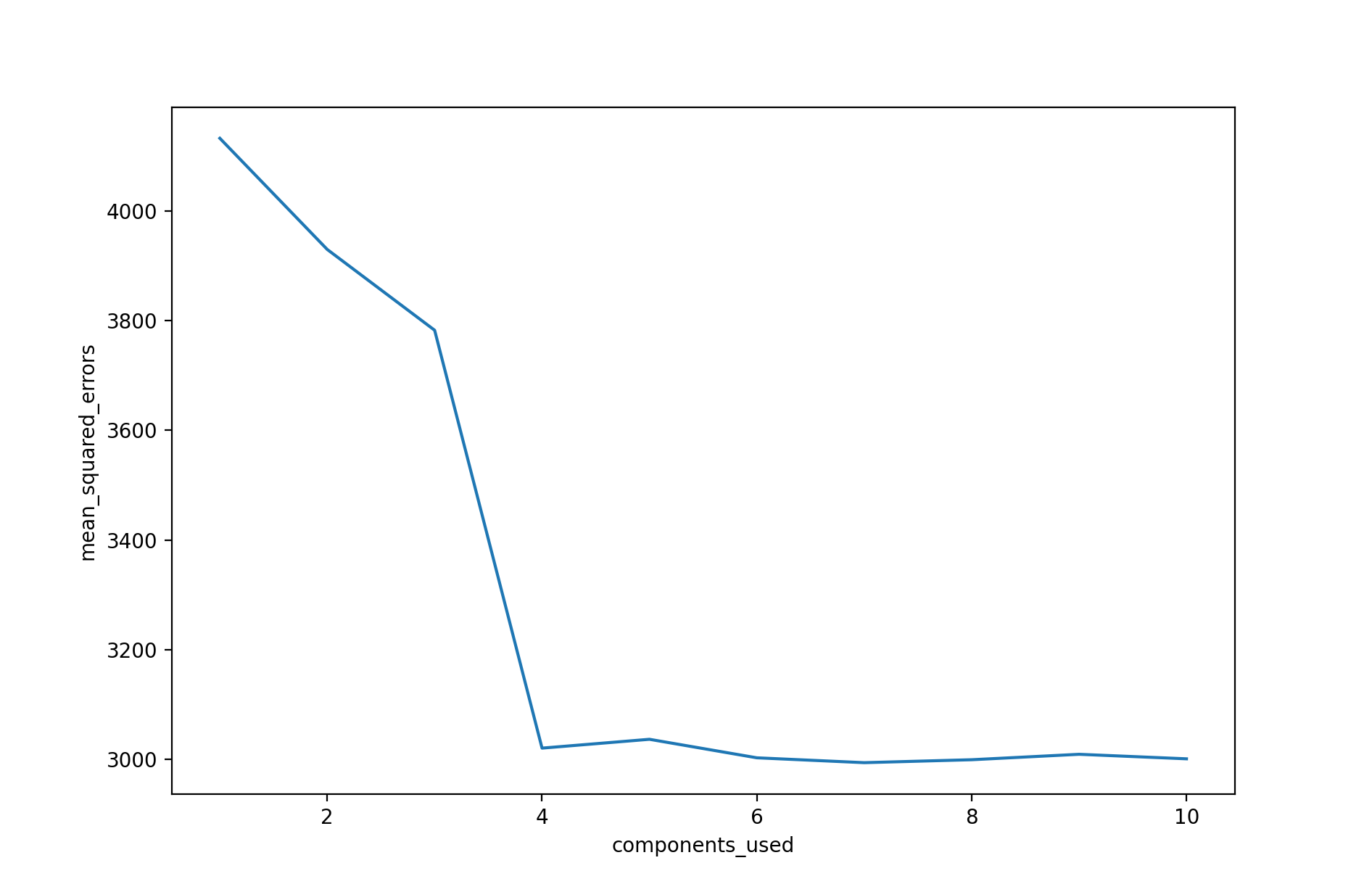 The above plot indicates that PCR performed with an appropriate choice of $M$ can lead to a significant improvement over least squares. This is especially true when much of the variability and association with the response are contained in a small number of the predictors. In contrast, PCR will tend to not perform as well when many principal components are needed to adequately model the response. In some situations, PCR may outperform shrinkage methods, such as ridge regression and the lasso, and in other situations it may not. For any given use case, model performance evaluation is needed to determine the best performing model.

Note, PCR is not a feature selection method. This is because each of the $M$ principal components used in the regression model is a linear combination of all of the original predictors $p$. Thus, PCR is more closely related to ridge regression than the lasso.

Choosing the Number of Principal Components